RAF4 – Period in which the fund has to object

WE PROVIDE LOSS OF INCOME AND LOSS OF SUPPORT CALCULATIONS TO ATTORNEYS DEALING WITH MVA & OTHER DAMAGES CLAIMS.
WE ALSO PROVIDE FREE TRAINING SEMINARS ON THE RAF AMENDMENT ACT TO ALL OUR VALUED CLIENTS.

If you send us instructions you are entitled to the same.

Via this newsletter we will keep you updated of all the latest case law relating to motor vehicle accidents, the quantification of damages relating to personal injury claims and dates and venues of training seminars.

The plaintiff in this matter, a 52 year old domestic worker, sustained injuries when the taxi she and her minor son was travelling in collided with another vehicle on 31 December 2008. The plaintiff’s son died on the scene.
The injuries suffered by the plaintiff were: a head injury with loss of consciousness for s short time, a contusion of the right shoulder and a severe contusion over the chin. These injuries left the Plaintiff unemployable in the informal sector. The plaintiff claimed for funeral expenses, loss of earning capacity and general damages in the amount of R 100 000.00. The defendant conceded the merits 100% on the day of the trial. The court had to decide on the issues of quantum and a special plea the defendant raised concerning non-compliance with the provisions of
the act on the part of the plaintiff. The court awarded the funeral costs and the plaintiff’s claim for loss of earning capacity and found that taking into account the plaintiff’s injuries, her pain and suffering, emotional shock at the death of her son an award of R 100 000 for general damages was justified.

As regards the defendants special plea it was contended that the plaintiff did not comply with regulation 3.
The plaintiff submitted her RAF 4 form, which stated that her injuries, although not resulting in a 30% whole body impairment, resulted in a serious long term impairment and a severe long term mental or behavioral disturbance as provided for by the narrative test, together with her claim form to the fund on the same day. The defendant then had 60 days to object to the validity of the claim i.t.o. Sec 24(5) of the act. The defendant did not object to the claim or to the RAF 4 form but contended that the 60 day period referred to in Sec 24(5) only related to the RAF 1 form and because they had as yet not responded to the RAF 4 form the plaintiff is precluded from claiming general damages.

The court rejected the defendant’s special plea on the basis that if it was upheld the defendant could simply frustrate every claim for general damages by simply not responding to it. Therefore it follows that the fund has to object to a plaintiff’s RAF 4 form within 60 days of receiving same failing which it is a valid claim.

Sending us an Instruction
Our dedicated full time professional team receive instructions by any of the following means:

Now for some fun –
How does an attorney sleep?
First he lies on the one side and then on the other.
How do you get a group of lawyers to smile for a picture?
Just say “Fees”

Welcome to the first edition of Independent Actuarial Consultant’s (IAC) monthly newsletter.
Via this newsletter we will keep you updated of all the latest case law relating to motor vehicle accidents and the quantification of damages relating to personal injury claims. Our aim with this newsletter is to empower you, the reader, with a summary of the latest case law and developments in the quantification of damages field. We will also keep you updated of IAC events and training seminars and lighten up your day with a joke or inspirational quote.

Accordingly, on the next day, the court was faced with an opposed interlocutory application in which the only issue was one of costs, as defendant’s rule 35(3) affidavit had been (belatedly and irregularly) delivered. The application was postponed with an agreed timetable for filing of further affidavits and heads. Subsequent to this appearance the defendant served its rule 35(3) affidavit properly on the defendant. An answering affidavit was then filed, by an employee in defendant’s employ who stated that the file had been assigned to him and that he was aware of the contents of the file, wherein the Defendant raised a number of complaints concerning the plaintiff’s claim. A replying affidavit and heads were filed an the matter was set down and argument was heard on the question of who was entitled to costs of not only the original interlocutory application but to those occasioned by what has become a full blown opposed motion, including wasted costs of two previous appearances.

In its answering affidavit defendant alleged that the plaintiff deliberately failed to comply with the provisions of s 19(f)(i) by not submitting the required affidavit by the claimant and a rough sketch of the accident scene. In its replying affidavit the plaintiff annexed the index listing 27 items that accompanied the documents submitted with the RAF 1 form to the defendant. The sixth item of the index was the affidavit by the claimant and the eight item was the police accident report. The defendant further stated that “it is interesting to note that applicant does not allege in his particulars of claim that he complied with all the necessary provisions and time limits of the RAF Act”. In the circumstances the only interesting thing noted by the court was the absence of p4 from the defendant’s copy of the particulars of claim, annexed to its affidavit. The copy jumps straight from par 8.4 on p3 to the words “Dated at Cape TownB” According to the court the oversight might presumably explain why the defendant’s plea had failed to deal with paras 9-12 of the particulars of claim.

Finally defendant alleged that the plaintiff was dilatory in lodging his claim in that he lingered “10 days short of three years” before submitting the RAF 1 form and accordingly in these circumstances the respondent would suffer no prejudice “should rule 35(3) not be complied with at this stage”.

According to the court no explanation was necessary from the plaintiff as he was not out of time. Once action has been instituted, the further conduct of the litigation is to be conducted in terms of the rules of court and the court failed to appreciate how dilatoriness in instituting action would play a role in the requirement to effect discovery in accordance with the rules of court. Accordingly the court held that bearing in mind the defendant’s unexplainable initial delay in responding to the rule 35(3) notice and the subsequent letter requesting compliance; it’s initial
opposition to the application based on a misguided reliance on rule 6(5); and its subsequent affidavit, in which its representatives displayed a regrettable lack of familiarity with the case, compounded by misinformed and nigh reckless averments against the plaintiff’s attorney, all in an attempt to justify its own default, that the defendant should be ordered to pay the costs of the application to compel on the scale as between attorney and client.

Sending us an Instruction
Our dedicated full time professional time receive instructions by any of the following means: 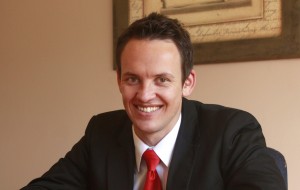